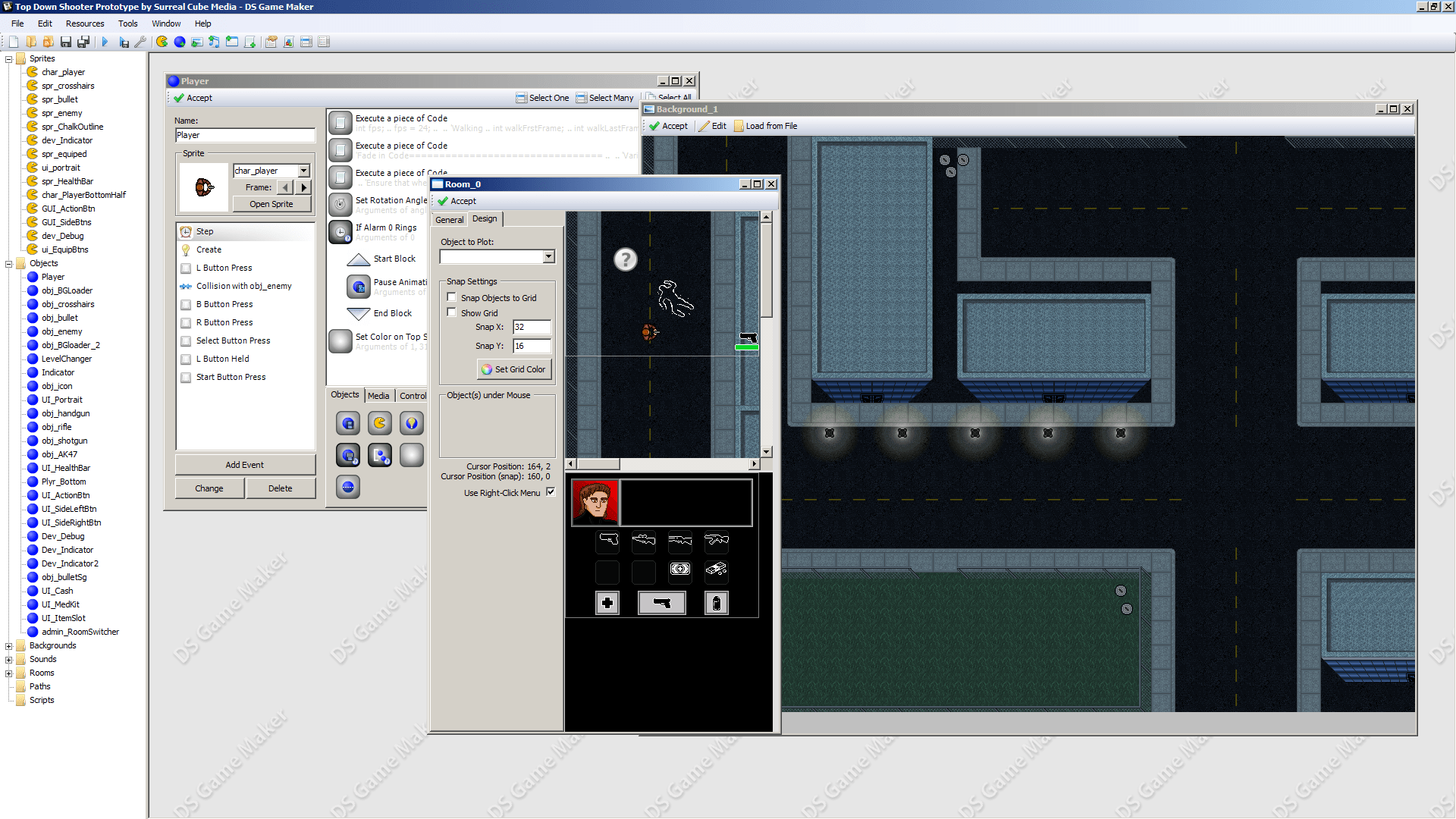 My game development journey started when I typed in google: “How to make a video game”. I was 12-13 or so and was set on making games for game consoles I had. Of course, a lot of different game engines came up in my search but there didn’t seem to be one that could publish games directly to consoles. At least not without a developer license and a corporate entity. That was until I found DS Game Maker (DSGM).

DS Game Maker (ver. 5.12) is a game development program with a very similar interface and features as Yo Yo Game’s Game Maker. A popular Game engine at the time and still is to this day, but unlike Yo Yo's program, DS Game Maker could create games for Nintendo’s DS handheld console. Which I so happened to have and greatly wanted to develop games for.

It wasn’t long after testing the software, I got my mom to purchase the $49 homebrew kit which composed of a micro SD card, a DS cartridge with a slot for the SD card, and the pro version of DSGM. Everything I needed to make games and play them on my actual DS without a game company or coding experience.

And boy, did I have fun learning how to code for the first time. For real it was FUN! DSGM had drag and drop visual coding which acted as my code writing training wheels until I was ready to actually type out it in C and DSGM’s language DBAS.

Flash forward to 2014-2018 my university days, DSGM and its website ceased being maintained and I had moved on to developing with other game making software: Flash and Unity. But upon feeling nostalgic in September 2020, I looked up DSGM and discovered a Virtual Machine edition of DSGM was released which allows to modern computers to run DSGM and its old software dependencies conveniently from Virtual Box. This lead to wonder however, if DSGM could somehow run on Windows 10 or 11 without the use of a virtual machine and it turns out it can!

See the installation instructions on the DS Game Maker Resource Site below if you’re interested in DS game development:

And that leads me to this side project I’m working on which is taking my old prototypes and combining them to make a small but complete game. In a way, I'm picking up where I left off in 2015.

It’s a top-down shooter that takes place in the future during a biomechanical viral outbreak. Technology has advanced to the point of using nanobots in medical treatments but goes horribly wrong when the bots begin to fuse with our organic cells and take on a mind of their own.

They become a virus that causes the infected to develop metallic bone structure, lose unnecessary human qualities such as free will and organic parts, and are given a new purpose: to seek the non-infected and spread the virus. Your mission is to prevent this by cleansing the city of these biomechanical fiends and saving others in the process.

The game takes inspiration from the Resident Evil and Terminator series and as a result, it has been fittingly named BioDie.

Stay tuned on the blog and social media for more updates on this survival horror adventure.